Ebitu Ukiwe’s son, Otisi, has disclosed his intention to contest the governorship seat of Abia State in the upcoming 2023 general elections.

Recall that Otisi’s father, Ebitu Ukiwe was a commodore in the Nigerian Navy who served ad the de facto Vice President of Nigeria under the military Head of State, General Ibrahim Babangida.

Mr Otisi, who made his interest known, disclosed that he would actualize his gubernatorial bid on the platform of the African Democratic Congress (ADC) in the upcoming general elections.

It was contained in a release posted in the official facebook page of the Abia chapter of the ADC. 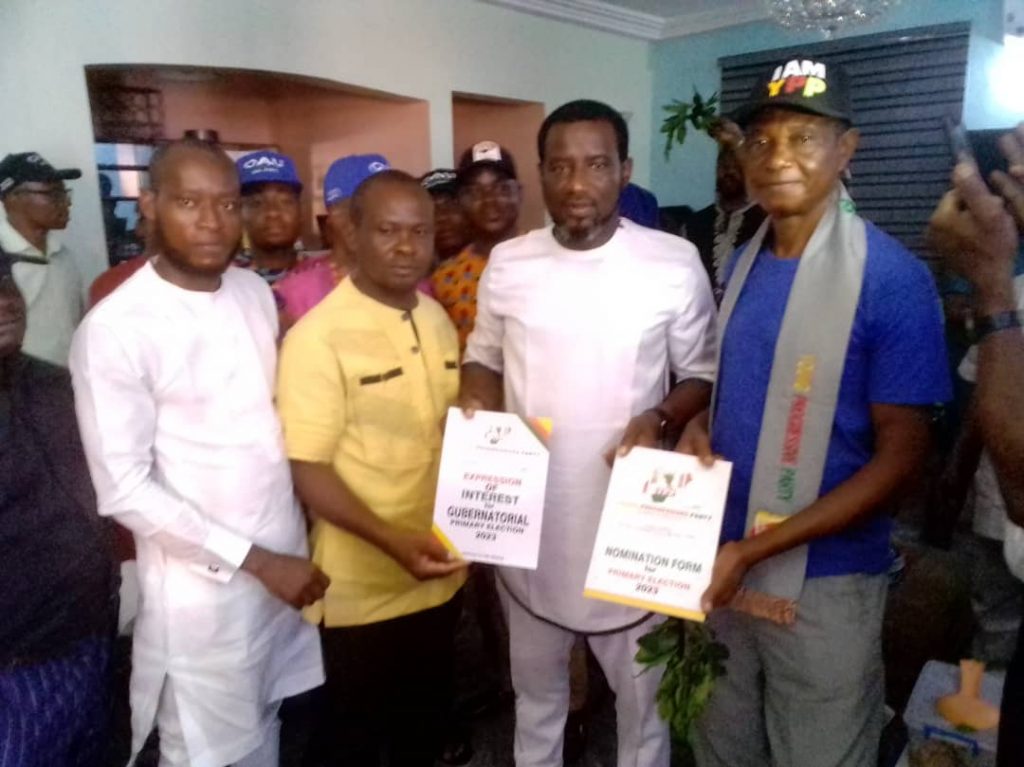 Earlier during his visit to the party’s secretariat in Abuja, Otisi Ukiwe also obtained the ADC Gubernatorial Expression of Interest and Nomination forms of the party.

In another development, a governorship hopeful under the platform of the Young Progressives Party (YPP), in Abia State, Onyekwere Akym Uche, has picked the N7m Gubernatorial Expression of Interest and Nomination forms of the Party.

Onyekwere obtained the forms at the national secretariat of the YPP in Abuja.

This came after the gubernatorial aspirant had also in January, 2022, dumped the ruling Peoples Democratic Party (PDP).

Previous article Atiku: Nobody Would Steal Public Funds If I’m Elected President, I Swear!
Next article Saraki: Nigeria Needs A President Who The North, South Can Be Comfortable With