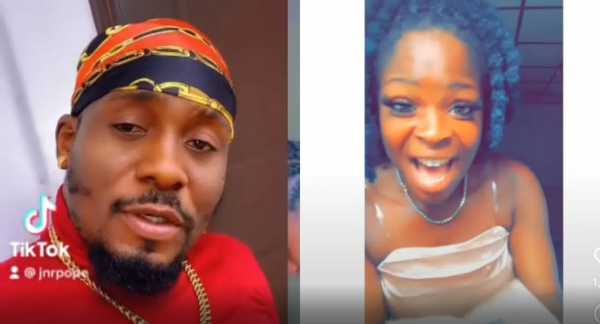 Actor Pope Obumneme Odonwodo aka Junior Pope reacted to a viral video of a young lady who said she is ready to quit her job as a POS attendant after earning N50,000 for a night of prostitution.

The lady went viral after she posted a tiktok video calming her first time as an Escort and received N50,000, despite the fact that she had been working as a POS attendant for three months and had not received such an amount of money.

In reaction to this, Jnr Pope revealed that he is tired of this generation, because we has lost our values and dignity.

“How am I in this generation? Values lost.” The post Actor Jnr Pope Laments After Girl Who Made N50k A Night From Prostitution Wants To Quit Her POS Job appeared first on Information Nigeria.