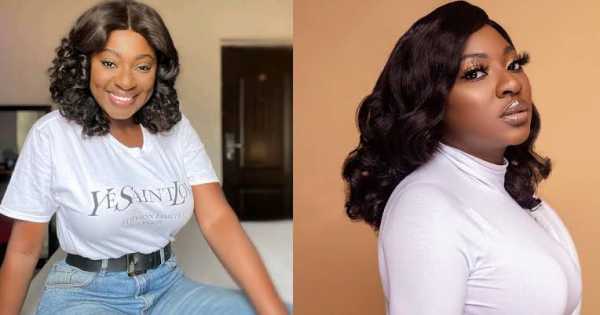 Yvonne Jegede, a popular Nollywood actress, has revealed that she was almost robbed by traffic robbers on Lagos’ third mainland bridge last night.

The actress stated in an Instagram post about the incident that she was driving alone when a man approached her from under the bridge and attempted to attack her.

Fortunately, the traffic went down, and she was able to leave the area. The actress, who noted that the robbers target people driving alone, urged motorists to be extra cautious and alert when traveling along the route.

“Last night at about 9pm, one guy almost robbed me on 3rdMB. I was lucky the traffic moved a bit so I moved my car then he took off. Under the bridge at Oworonsoki needs to be sanitized. The guy jump out from under the bridge, They target people driving alone be safe guys.” She wrote.

“If you are driving alone in traffic, don’t drive on the fast lane (the last lane by your left), let your car be in between cars. Ladies especially, if you can, please stay wherever you are till you see day light. THERE IS HUNGER IN TOWN.” She added. 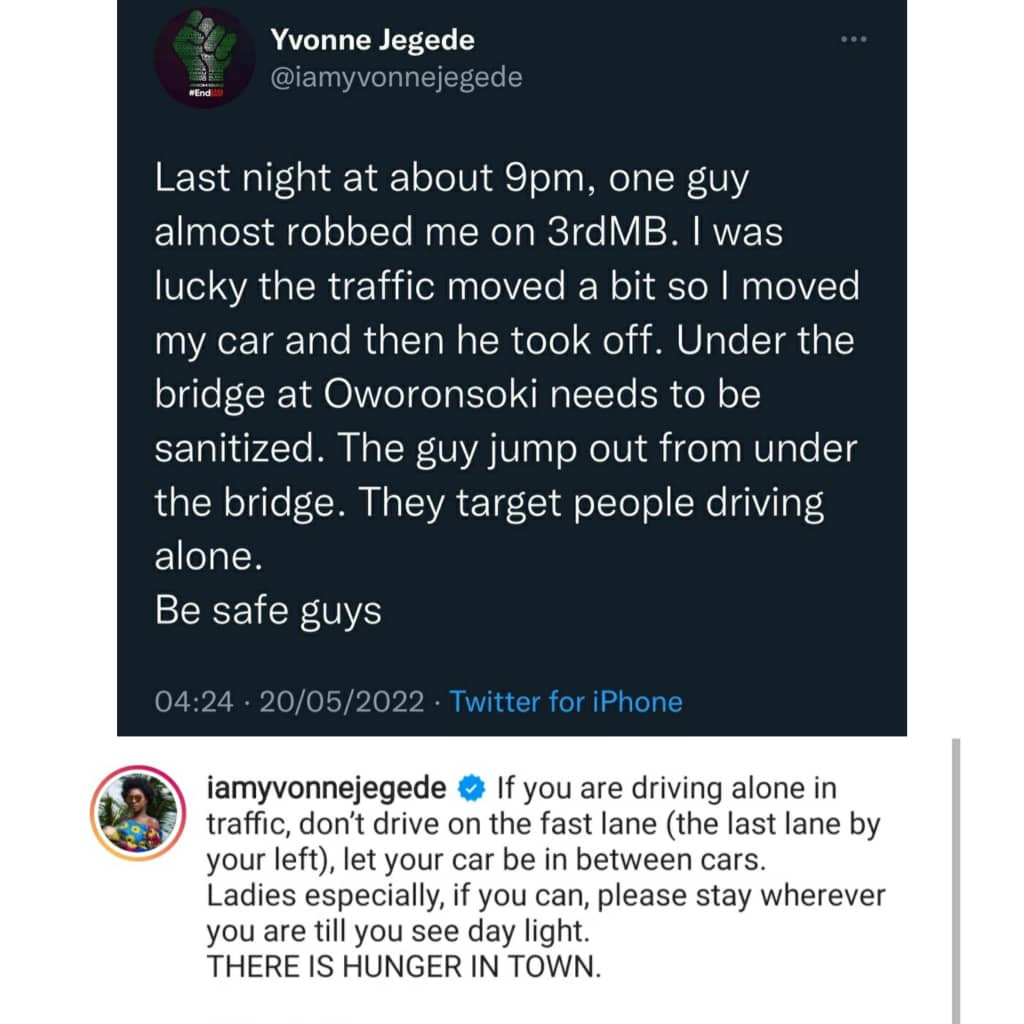 The post Actress Yvonne Jegede Recounts How She Was Almost Robbed On Third Mainland Bridge appeared first on Information Nigeria.