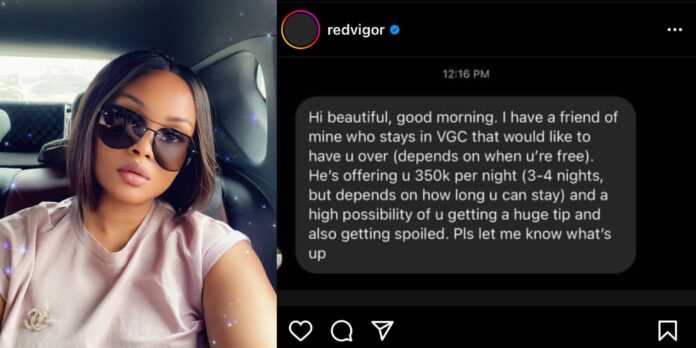 Maureen Esisi, the estranged wife of popular Nollywood actor, Blossom Chukwujekwu, has shared a screenshot of the message she received from a follower who wants to pimp her out to his friend. 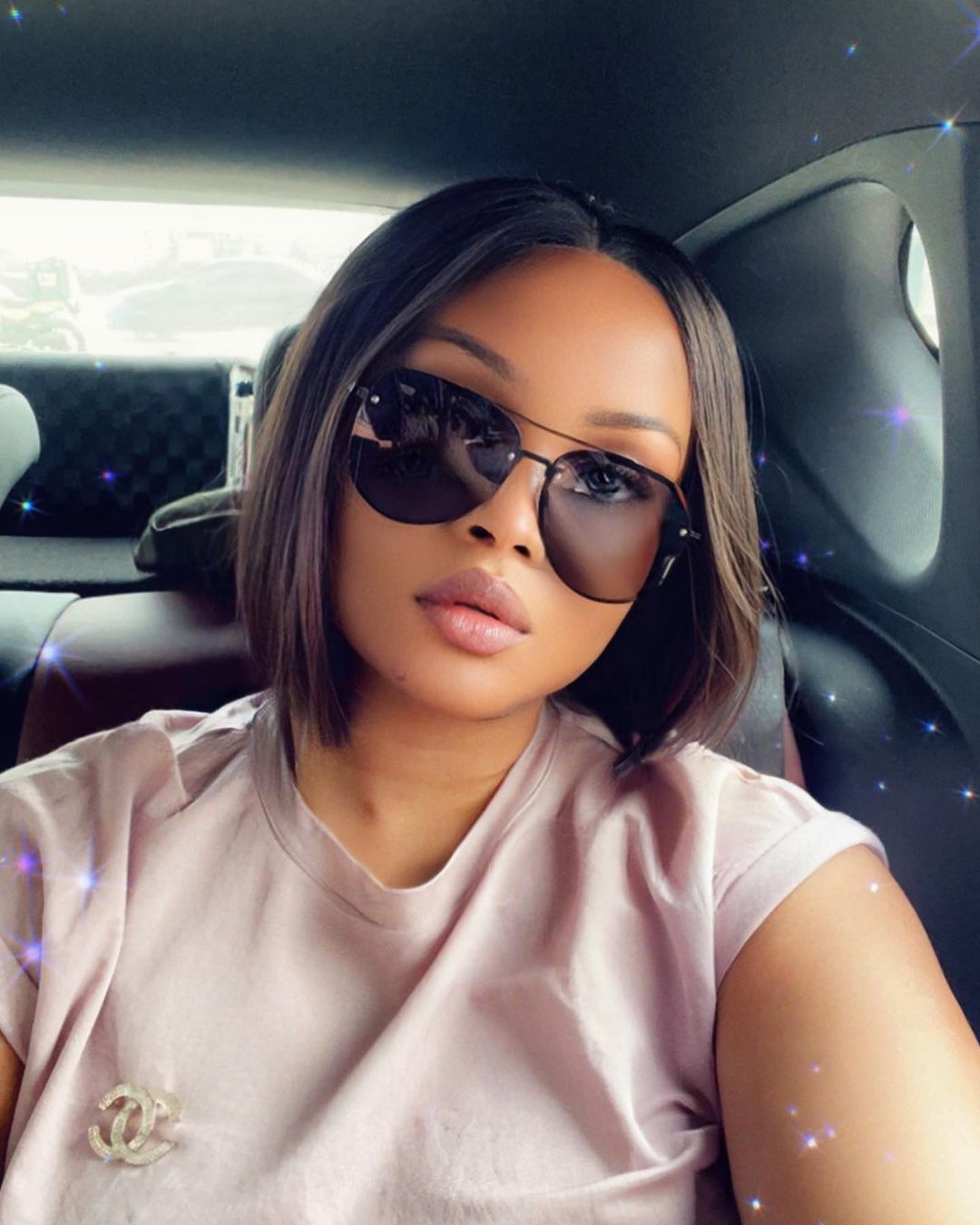 Maureen, who was recently in the news after her ex-husband found love again and married his new wife, Pastor Ehinome, took to her Instagram page to share the message she received from the follower who offered to pay her N350,000 per night for God-knows-what.

The follower stated that Maureen would stay for three to four nights with her friend who resides in a highbrow area of Lagos, and would be paid the said amount and extra tip if everything goes well.

“Hi beautiful, good morning, I have a friend of mine who stays in VGC that would like to have u over (depends on when u’re free). He’s offering u 350k per night (3-4 nights, but depends on how long u can stay) and a high possibility of u getting a huge tip and also getting spoiled. Pls let me know what’s up,” the message reads.

The brand influencer who expressed shock at the follower’s audacity, wondered if some people are mentally stable.

See the screenshot below: 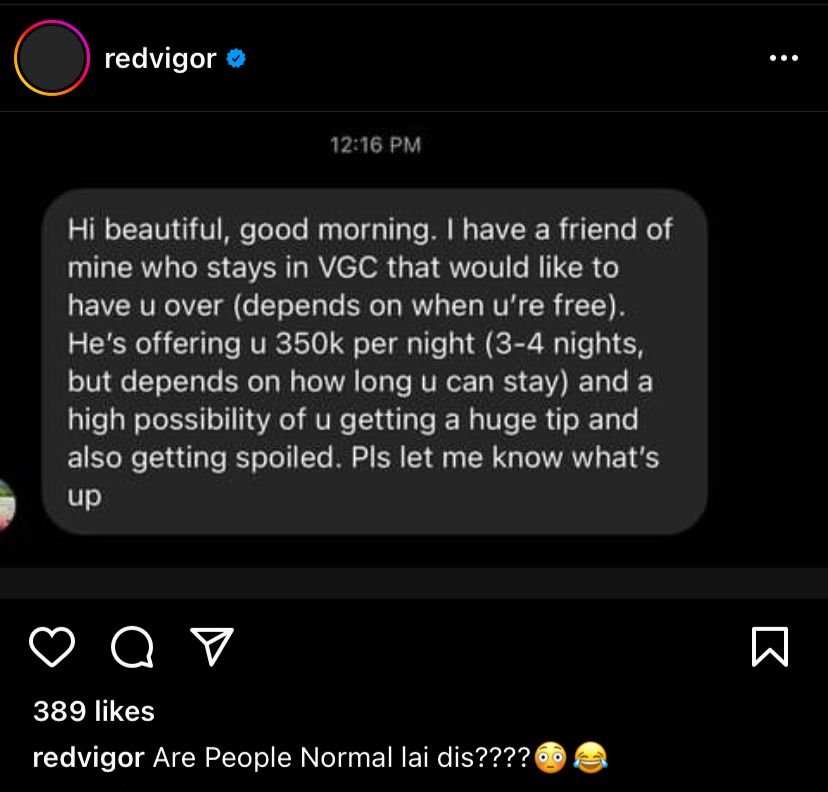