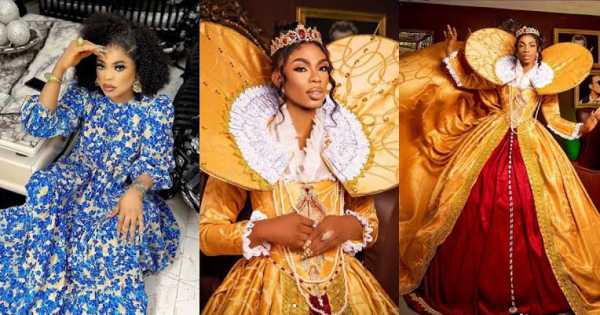 Okuneye Idris Olanrewaju, better known as Bobrisky, takes a swipe at her colleague, James Brown, for his choice of attire for the Africa Magic Viewers’ Choice Awards (AMVCA).

While celebrities wore a variation of outfits to the event, James Brown’s dress appeared to catch the attention of Bobrisky, who made a shady post and quickly deleted it.

“I see one person dress tonight laugh wan finish me. No be force. Sit down for house”. However, James Brown on his part is yet to respond to this statement made by his colleague in the crossdressing sphere.

In other news; Debo Macaroni, a popular comedian, has taken to social media to praise his colleague, Sabinus.