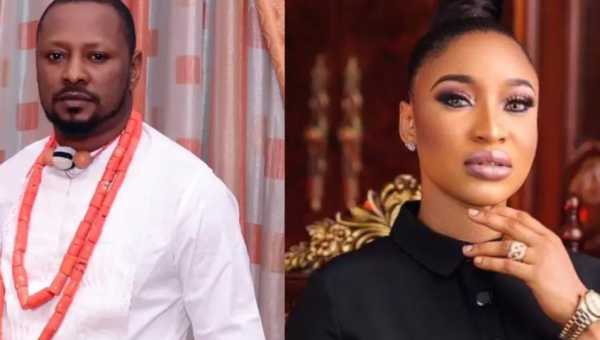 Famous socialite and ex-lover of Nigerian actress Tonto Dikeh, Joseph Egbri, better known as Prince Kpokpogri has denied claims by his ex-girlfriend who revealed that her prayers caused the demolishing of his Abuja mansion which was said to have been in the middle of a superhighway which is yet to be constructed.

In the wake of the news of the demolishing of Kpokpogri’s Abuja residence, actress Tonto Dikeh took to her socials to troll the socialite adding that her prayers for God to punish him for the pains he cause her while they were together caused his woes.

However, reacting to the claims, Kpokpogri in a live Instagram session attributed her claims to clout chasing.

“I don’t even want to say anything about that girl at all…but the truth is that she has nothing to do this”, he said.

Prince Kpokpogri a few hours after his mansion was destroyed revealed that he will become a landlord in the same area within a week.

The post Demolition: She Was Only Chasing Clout – Kpokpogri Reacts To Tonto Dikeh Mocking Him appeared first on Information Nigeria.

Previous article Religion Failed Osinachi Nwachukwu – Daddy Freeze Writes As Authorities Debunk Rumors Of The Late Singer Singing In The Morgue
Next article Don’t Give Money To A Poor Man Because He Has Many Children, Let Him Suffer – Omokri