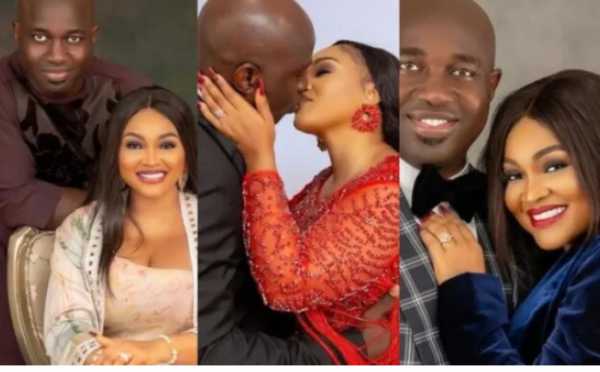 Recollect that Aigbe and Adekaz are currently in London for the premiere of their collaborative film J.B.O.

A few days ago, the actress posted a photo of herself and her husband with the caption, “Touchdown London, to God be all the glory. My London Fam your girl is in town. The producer and Executive Producer Kazim Adeoti of J.B.O have landed! May 20th loading!”

Meanwhile during the ongoing premiere holding at Odeon Imax in the Greenwich area of London, Mercy and Adekaz were seen jointly offering an opening prayer in a Muslim way.

This didn’t obviously didn’t go down well with some fans who took to the comment section to express their anger.

“the thing tire me o. Once Mercy Aigbe now we no even know again.”