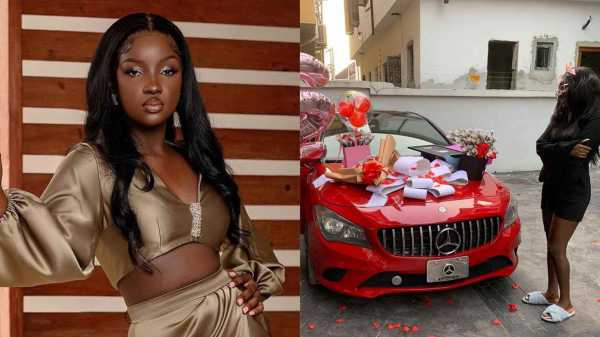 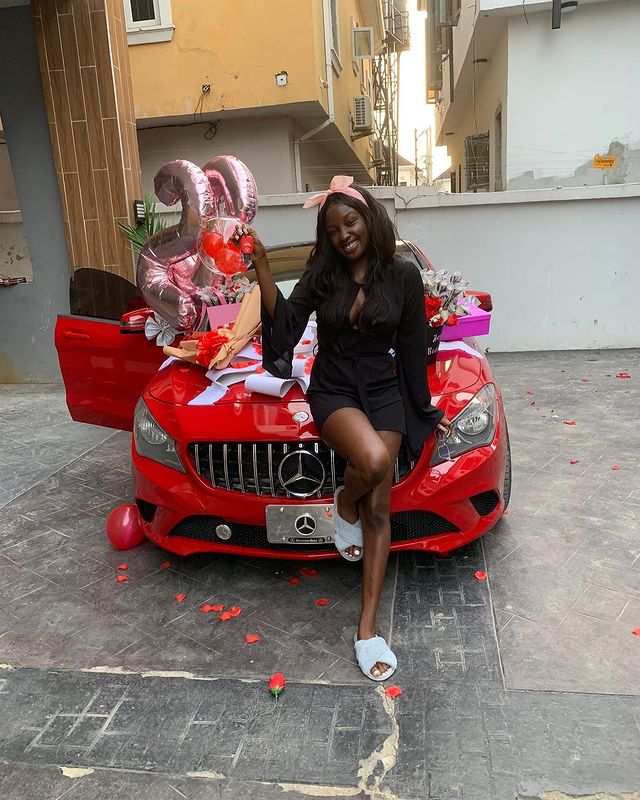 A video which has gone viral captures the emotional moment the reality star was given the car gift by her fans.

The BBNaija star could scarcely believe what she was seeing as she was stunned into tears of joy at the sight of her new car. 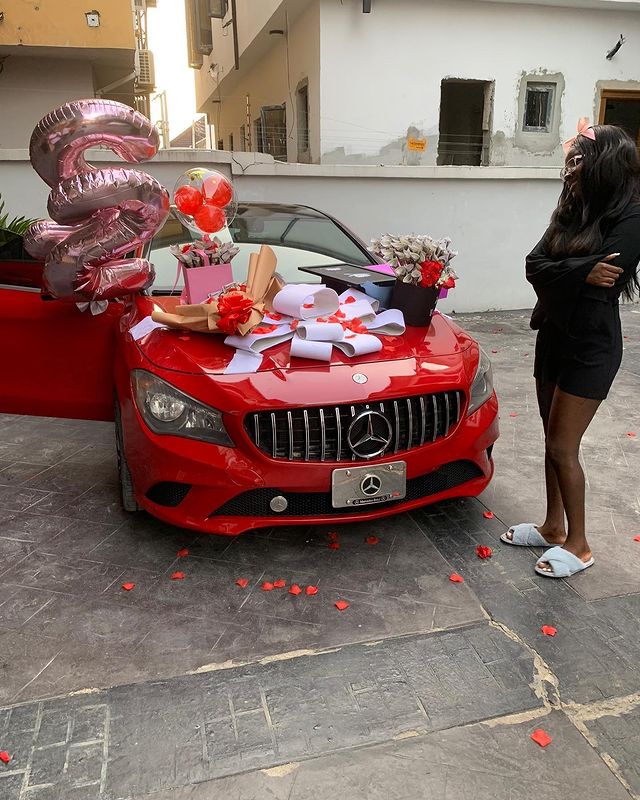 A lot of celebrities, particularly ex BBNaija stars, have been surprised by fans who are willing to go above and beyond to show them how much they love and adore them and Saskay’s fans has just proven theirs to her.

The magnificent red car was adorned with birthday decorations with balloons shaped in the form of 22.