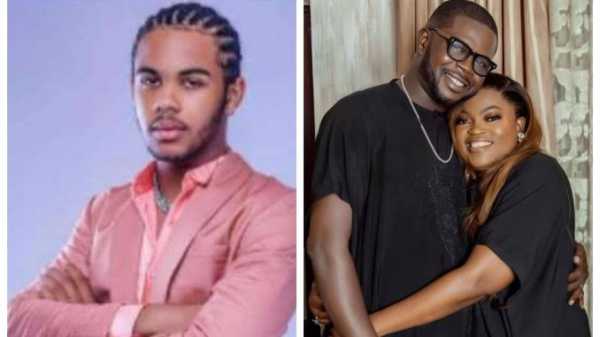 It has been confirmed once more that things are not going well between Nollywood actress Funke Akindele and her producer husband, Abdulrasheed Bello, also known as JJC Skillz.

During a live session on his Instagram page, JJC Skillz’s first child, Benito revealed this and much more.

According to Benito, his father and Funke Akindele are no longer living together. They’ve also cheated on themselves several times.

“They are not really together. They both cheat on each other, they both had a fight. My dad is practically living somewhere else. I don’t even have any care for them no more. I can’t talk for them as a couple anymore. I can only say what I have seen. They are in open relationship.”

The post Funke Akindele And JJC Skillz Both Cheat On Each Other, They No Longer Live In Same House – Details appeared first on Information Nigeria.

Previous article 2023 presidency: Step down for me, I am older than you – Rotimi Amaechi tells Gov. Bello
Next article ‘You Left Sexy Maureen For This?’ – Netizens Mock Blossom Chukwujekwu For Dumping A Younger Wife To Marry Older Woman