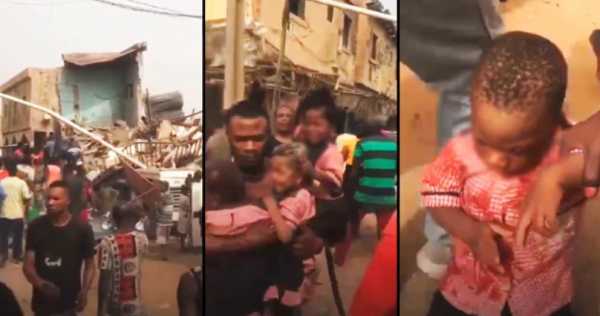 The police on Tuesday said an explosion that rocked Kano city was triggered by gas cylinder and not a bomb.

“It is not a bomb explosion, it is a gas explosion,” Commissioner of Police, Sama’ila Dikko, said in a voice recording. “A gas cylinder explosion.

“Because there is a welder, just by the place, and he is the first victim in this situation.”

According to the police chief, four persons have been confirmed dead. He said no school-children were among the dead.

He confirmed that rescue operations were still ongoing as bulldozers were being expected to clear the rubble.

Dikko added that the police, in collaboration with other security agencies, was also investigating what led to the gas cylinder explosion.

He maintained that the scene was under control.