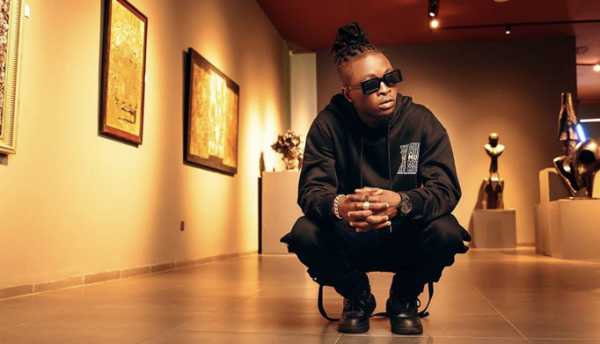 The reality star has, in a series of tweets, revealed that he’s quite emotional at not being nominated for any award.

According to him, he doesn’t think that having an award makes one better than others but rather shows a compliment a person is putting in.

“I have never been a fan of judging people with the adjective “BEST”, however I see awards as a compliment, something to tell you “Hey! we see everything you’ve done and we think you should get this for your efforts”. This doesn’t mean every other person didn’t put in work !!!

Even TV stations, radio stations, OAPs etc. get “awards” for their efforts, doesn’t take away from the work every media body or personnel put into growing the industry tbh. But when you work hard and you feel like you don’t get recognition for your work, your emotions set in.

But no be everybody go win award, no be everybody dem go nominate. Even the people wey dem nominate go still complain of no be them collect the award because everyone works hard af to get themselves to that point.

I Dey emotional so I no go lie say a part of me no want award, because for someone coming from where I came from, a lot of people think I don’t deserve half of what I have and what I’m getting, so I’ve had to do double of whatever it is you’re supposed to do in this industry.” 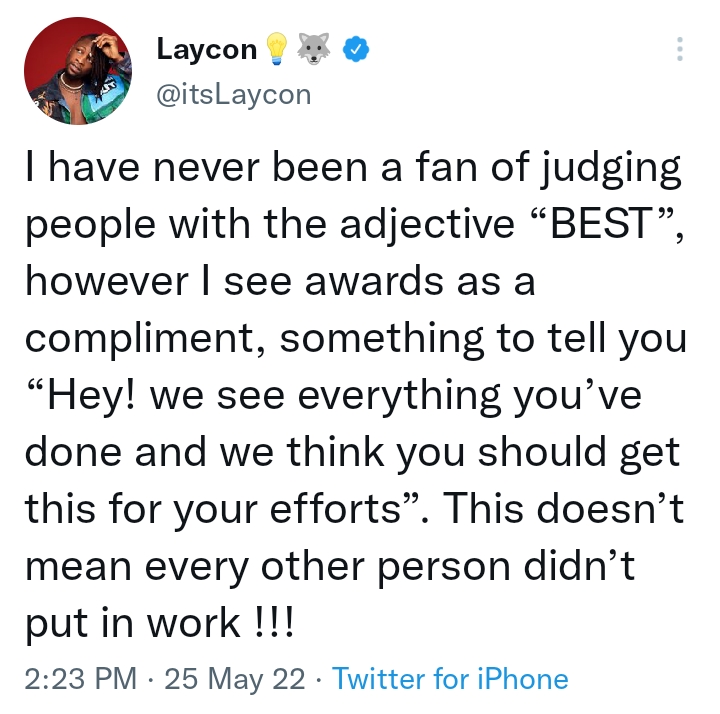 The post Headies 2022: It Hurts Not Being Nominated – Laycon Cries Out appeared first on Information Nigeria.