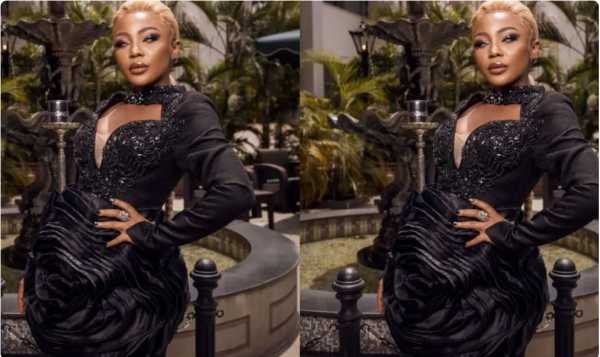 Famous Big Brother Naija housemate and Nollywood actress, Iheme Faith Uloma, better known as Ifu Ennada has called her critics out for not understanding her when she revealed that her AMVCA costume was 100k USD.

In a new video posted on her Instagram account, Ifu Ennada argued that there is a difference between saying something is worth an amount of money and saying that you paid a certain amount of money for something.

According to her, she never said anything about paying 100k for the costume and attributed such misinterpretation to why scores of Nigerians have never been able to pass their WAEC and JAMB exams.

“I Now Know Why Lots Of Nigerians Failed Waec & Jamb Multiple Times. – They lack comprehension of the English language. ‘My entire look is worth over 100k USD’ & ‘I paid over 100k USD for my entire look’.

“These 2 sentences are clear as day light with a burning Sun and definitely have different meanings, but Nigerians already filled with vile temper from many personal disappointments in their lives and h8te for my #AMVCA Look gave the same meaning to these very distinct sentences.”