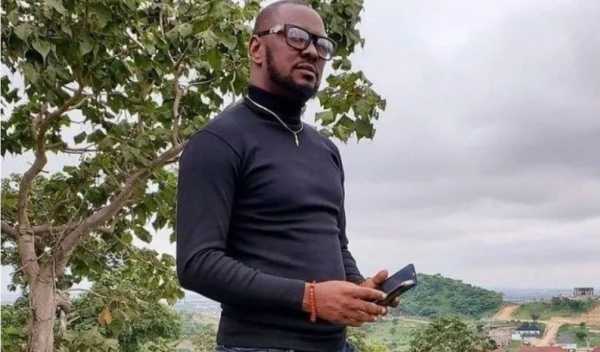 Famous socialite and ex-lover of Nigerian actress Tonto Dikeh, Joseph Egbri, better known as Prince Kpokpogri has vowed that he will be a landlord once again in the same area where his house was demolished in just one week.

Earlier today, Prince Kpokpogri saddened the hearts of his fans after he revealed that his multi-million naira house located in Abuja had been demolished.

Though the office of the minister who ordered the house to be taken down has revealed that the house was situated in the middle of a superhighway that is yet to be constructed, Kpokpogri alleged that the demolition was just as a result of his refusal to sell his property to some people who had offered him cash for the house. He added that he not rent again but get himself a new house within one week in the same locality.

“Exactly one year today that my senior friend Ned Nwoko opened my house in Abuja, the Minister ordered it’s demolition after many persons offered money to but it which I rejected. In Abuja, I can’t be a tenant. By next week, I will be a landlord again in Abuja in the same area”.

The post I Will Be A Landlord Again By Next Week – Prince Kpokpogri Promises appeared first on Information Nigeria.

Previous article “I Am Rejoicing To His Karma And There Is Nothing You All Can Do” – Tonto Dikeh Replies Critics
Next article Atiku: Nobody Would Steal Public Funds If I’m Elected President, I Swear!