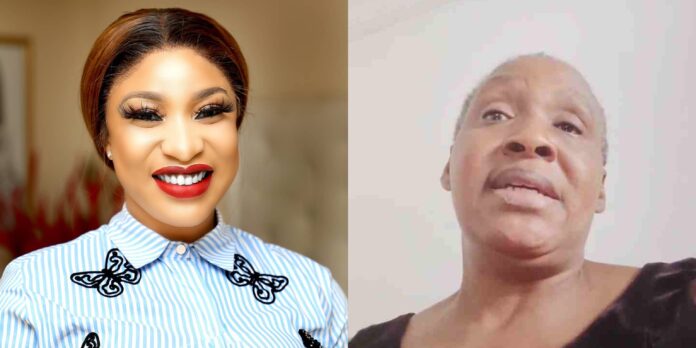 The two have been dragging each other for days now in their online battle after Kemi publicly chastised Tonto Dikeh for her reaction to the demolition of her ex-lover, Kpokpogri’s Abuja mansion.

Tonto Dikeh was upset by Kemi’s comments and rushed to social media to urge her to keep her name out of her mouth.

Kemi Olunloyo then issued a response to Tonto’s rants, and in the process alleged that the Actress bought a gun to use on her ex-husband, Olakunle Churchill. 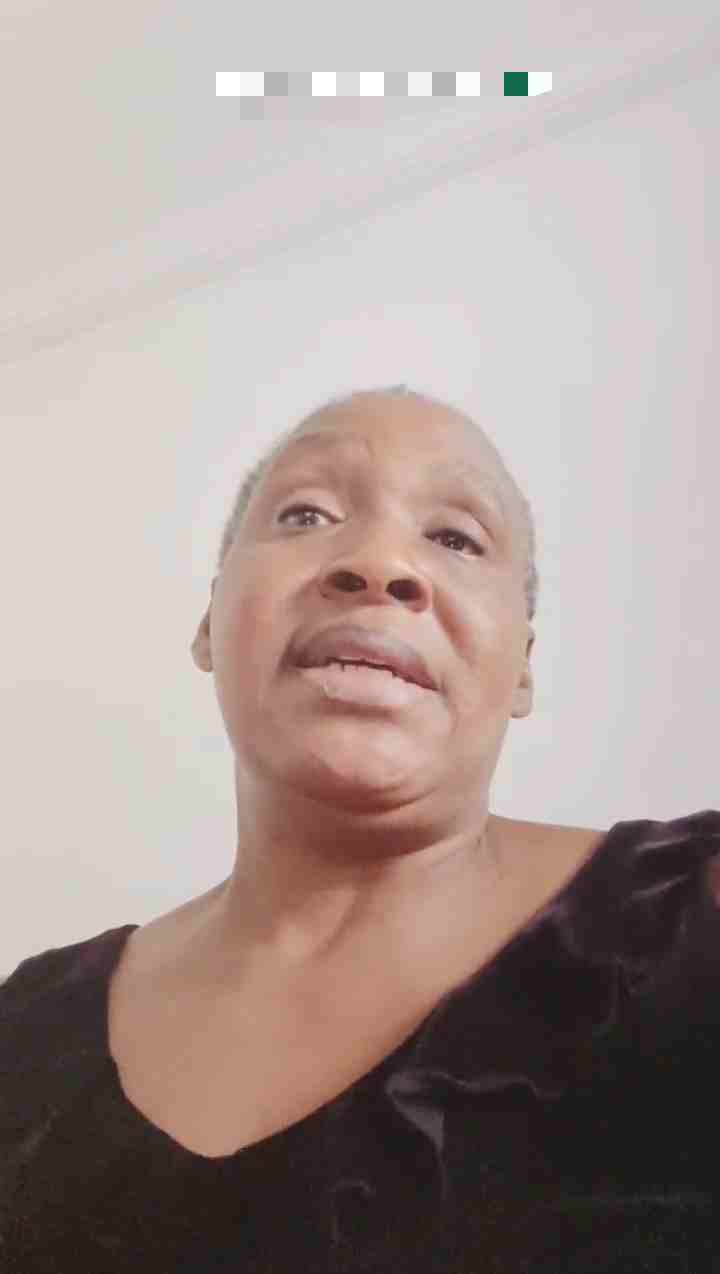 However, the drama took a different turn on Monday after Tonto’s former best friend, Bobrisky announced that he was taking over the fight.

While Tonto appears to have stopped dragging Kemi Olunloyo and is now concentrating on Bobrisky, Kemi Olunloyo has taken to Twitter to drag her fans. 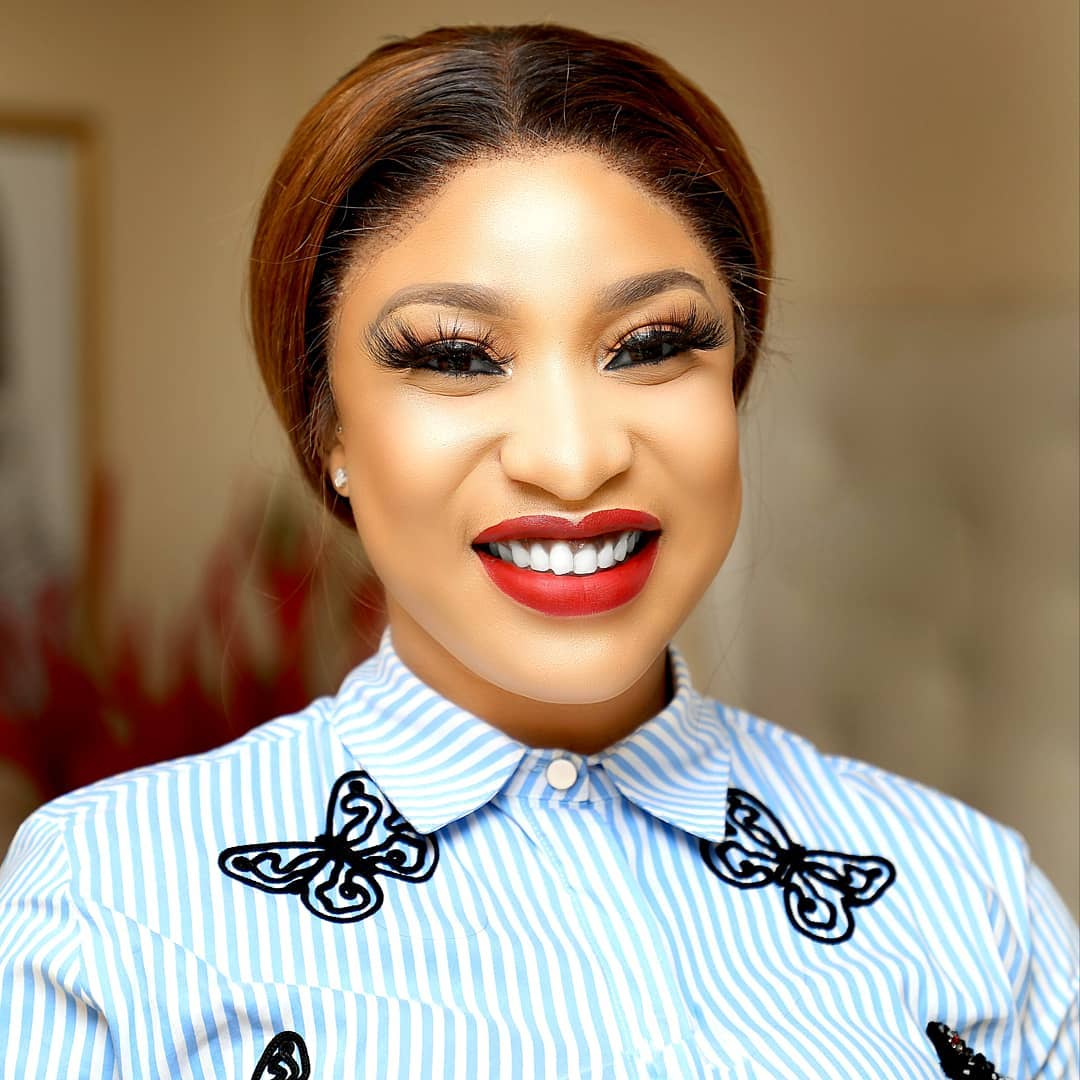 Kemi Olunloyo averred that the life of anyone supporting Tonto is ruined and they should urgently seek counseling.

“If you are a Tonto Dikeh fan. Your life is already ruined. Sought counseling for your #mentalhealth Avoid loud clout, classless Nollywood urchins who influence bad behavior. These female domestic animals have young children 👶🏽 and seem to forget that the internet never forgets.” Kemi Olunloyo wrote. 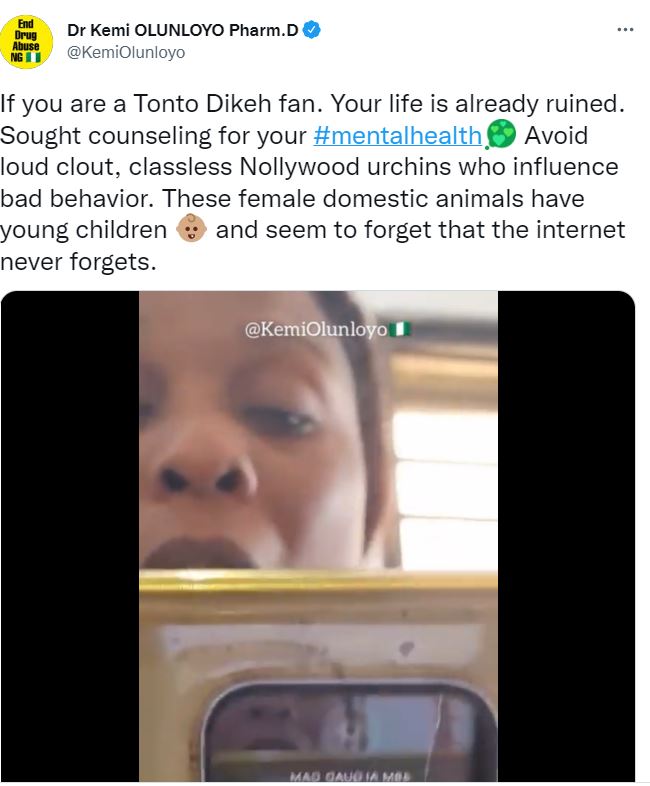 The post “If you’re a Tonto Dikeh fan, your life is already ruined” – Kemi Olunloyo appeared first on Information Nigeria.