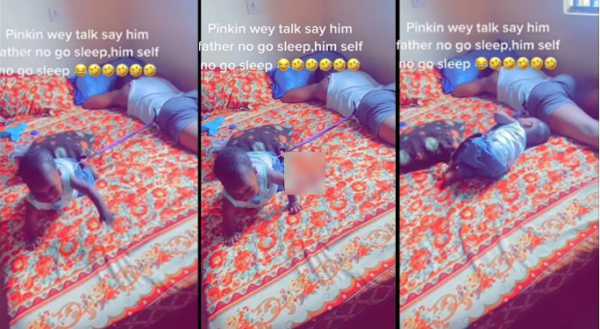 A dad has invented a clever method of keeping his infant near to him and preventing him from straying off while he sleeps.

His wife posted a video which has gone viral, capturing the moment she entered a room and saw that her husband tied a rope on their infant son and around his own waist.

The father who must have had a busy day and didn’t want to disturb decided to restrict the child’s movement while he slept.

The little boy could be seen trying to scurry away in the afternoon film, but he was prevented by a tether connected to his shorts on one end and his father’s briefs on the other. 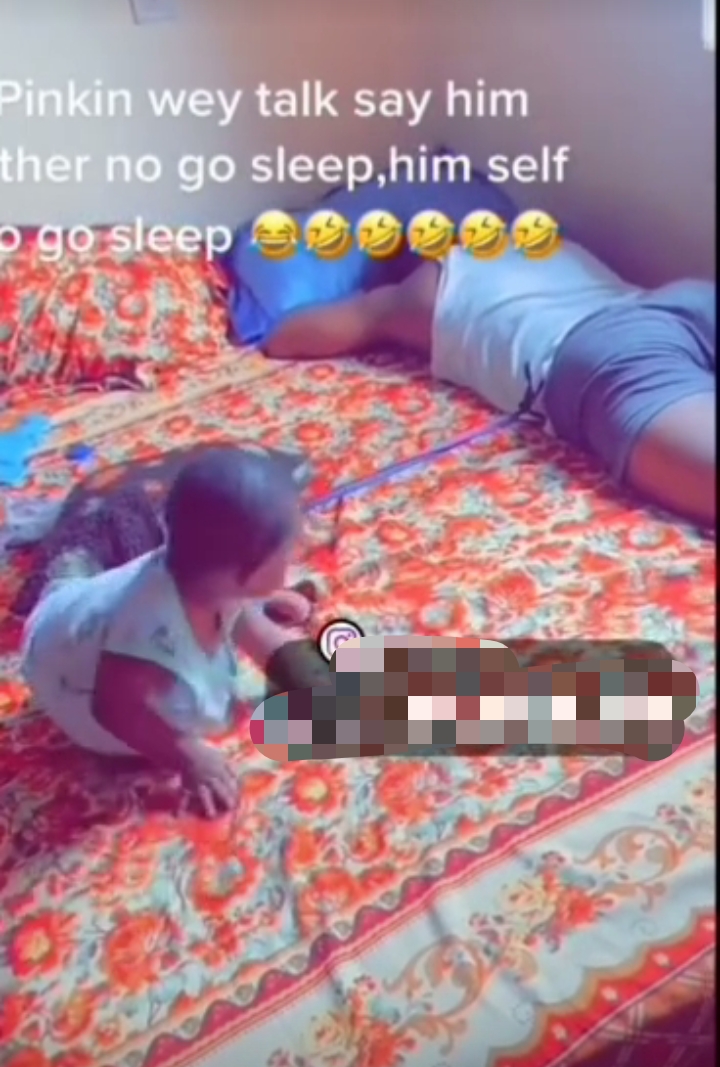 After trying severally to break free, the child gave up and decided to go lie down besides his sleeping father.

The lady who found the whole thing amusing shared the video of the hilarious scene, captioning it:

The post Lady Shocked As She Walks In To See Her Baby Boy Tied To Her Husband’s Waist As He Sleeps (Video) appeared first on Information Nigeria.