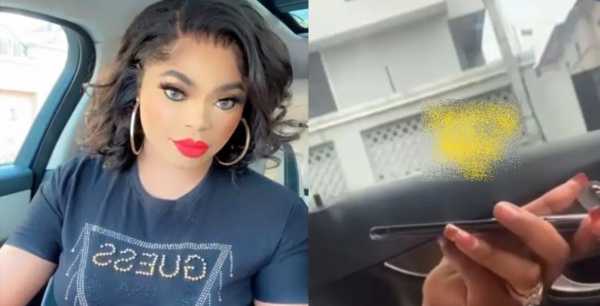 As the social media drama between Bobriksy and Tonto Dikeh continues, the actress took to Instagram to share a video of Bobrisky evading creditors by allegedly lying about being at home when they stormed his house.

In the video, the ladies in the car called the self-proclaimed richest girl in Nigeria and told her they were in front of her house; Bobrisky replied that she was not at home.

The lady however insisted that she was lying because her house girl already told them she was around. The ladies further urged Bobrisky to report to the police station as they have served a letter to her through her aide.

Tonto Dikeh shared the video and deleted it a few minutes later.

The post Leaked Video Of Bobrisky Allegedly Evading His Creditors After They Stormed His Residence Surfaces appeared first on Information Nigeria.