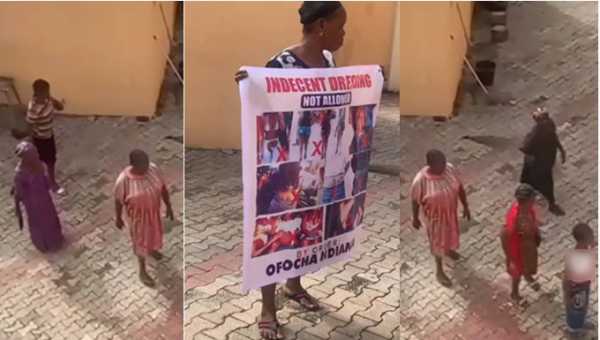 A group of married ladies took to the streets to mount a protest against young ladies who work as side chicks for their husbands.

Women protesting in Owerri, Imo state, expressed their displeasure with unmarried women who dress immodestly to entice married men and draw them away from their family.

Women have repeatedly lamented about young ladies snatching their husbands from them and sowing seeds of discord in homes, these women appear to be tired of the whole thing and have stormed out in droves to protest against this.

They may be seen waving placards while decrying indecent attire in a video that has gone viral online.