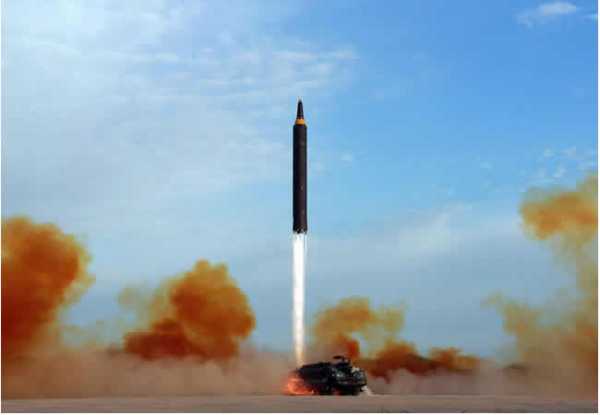 South Korean military’s Joint Chiefs of Staff disclosed that North Korea has fired an unidentified projectile into waters off its east coast on Saturday.

The short-range missile fired by North Korea reached an altitude of about 37 miles (60 kilometers) over its 373-mile (600km) trajectory, according to South Korea’s Joint Chiefs of Staff.

This is coming three days after Pyongyang fired a missile, following warnings that it may conduct a nuclear test.

“North Korea fires at least one projectile into East Sea,” Seoul’s Joint Chiefs of Staff said, referring to the Sea of Japan.

Japan’s coast guard, citing information from its Defence Ministry, said that North Korea had launched an object “likely to be a ballistic missile,” and warned its vessels to be aware.

The launch was likely the nuclear-armed country’s 15th weapons test so far this year.

On Wednesday, North Korea test-fired what Seoul and Tokyo said was a ballistic missile, although Pyongyang’s state media which typically report on weapons tests did not comment on the event.

Despite biting international sanctions over its weapons programs, North Korea had dramatically ramped up testing this year while ignoring the United States’ offers of talks.

Previous article Another Two-Storey Building Collapses In Lagos
Next article 2023: I Consider Being Nigeria’s President A Demotion – Bishop Oyedepo