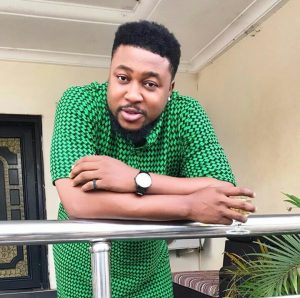 Nollywood actor, Nosa Rex shared an amusing message he got from a man pleading for money to buy weed.

The man claimed that instead of wanting to buy meals, he needed money to buy marijuana, which he would then smoke to relax.

He claimed that the money he had was sent to his mother so she could buy food for the house, which is why he is currently short on funds.

Although he is in good medical condition and does not need the money for medical care,  the fan claimed he purposefully chose not to say he required it.

He claimed that being a grownup is incredibly depressing and difficult, and that the only thing that can make him happy and allow him to think clearly is being a child.

The individual emphasized that he does not use narcotics and that the only illegal thing he consumes is marijuana, also referred to as “weed.”

The actor, who was shocked, asked his audience if he should take the man’s request into consideration and send him some money. 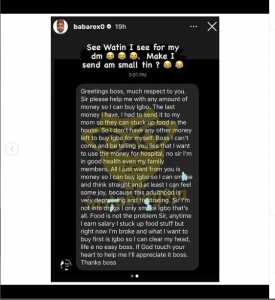