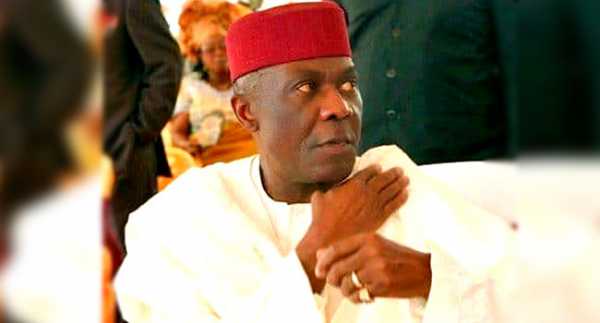 Renowned politician and a chieftain of the Peoples Democratic Party (PDP), Senator Arthur Nzeribe, is dead.

He was 83 years old at the time of his death.

According to them, the former senator died in his country home in Oguta Local Government Area of Imo State after a protracted sickness that left him bedridden for a long time.

Nzeribe, born on November 2, 1938, was a lawmaker who represented Orlu Senatorial constituency between October 1983 and December 1983.

More than a decade later, he returned to the Senate and represented the people of Imo West district between May 1999 and May 2007 on the PDP platform.

During his return to the upper federal legislative house, a former President of the Senate, Pius Anyim, suspended Nzeribe indefinitely in November 2002 over an allegation of N22 million fraud.