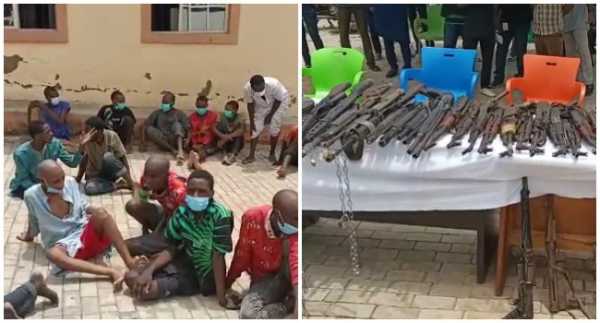 The police in Abuja have paraded the duo of Aminu Lawal and Murtala Dawu for allegedly being responsible for the kidnap and murder of two police and one vigilante in Abuja.

Police spokesperson Olumuyiwa Adejobi said the suspects confessed to the kidnap of students from the Greenfield University in Kaduna State.

They also confessed to the murder of five of the Greenfield victims before the payment of ransom and eventual release of the others.

A five-man trans-border kidnapping syndicate operating between Adamawa State and Burha, Fituha and Kesu in Cameroon were equally paraded alongside 24 others who were allegedly involved in various crimes, including rape, armed robbery, unlawful possession of firearms and culpable homicide.