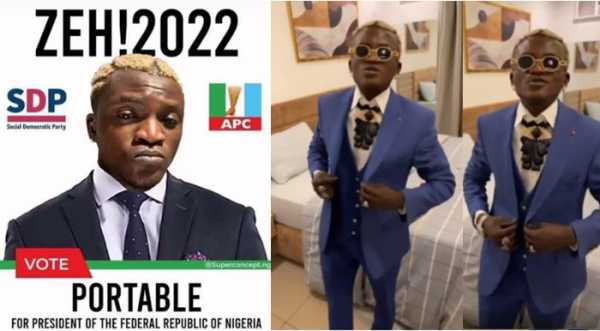 Habeeb Okikiola, better known as Portable, a Nigerian Afrobeats singer, has declared his intention to run for president in what appears to be a ‘cruise’.

On Thursday, May 12, 2022, the musician announced this via his official Instagram page, where he shared his campaign poster.

Portable is running for President of Nigeria under the flags of the All Progressives Congress (APC) and the Social Democratic Party (SDP).

After listening to the people’s cries, he described himself as a candidate running for youth president.

He wrote on a campaign poster that included both the APC and PDP logos;

‘‘My fellow Nigerians I have heard your cry and I have decided to run for the post of the president of the federal republic of Nigeria. Let’s Get Nigeria moving again. Zeh”

He captioned the post; ”ZAzuu for youth president 💯✅ Street Ti Take Over” 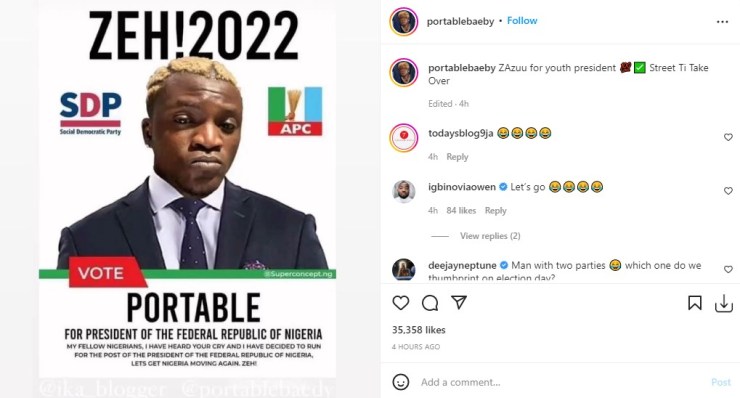