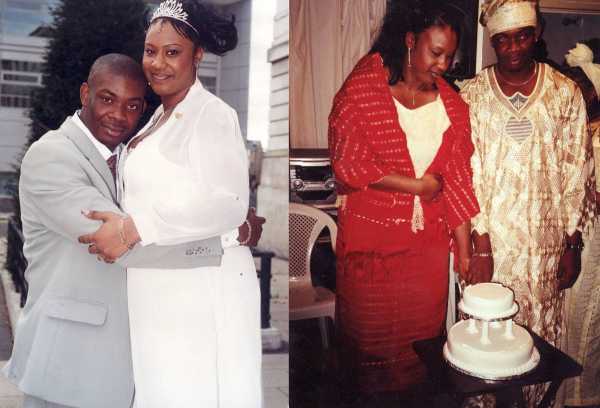 Michelle Jackson, the ex-wife of popular music promoter and MAVIN boss, Don Jazzy, has fondly recounted their time together.

During an interview, the US-based Nigerian pointed out how she enjoyed being married to Don Jazzy despite occasional conflicts and misunderstandings.

While talking about how happy they were, she focused on talking about the things that went right. Also, she stated that they overcame cultural expectations that the union would fail due to their age.

“We were so carefree and happy, I don’t think we had so much baggage that maybe I would have now.

“It was just fun and of course, every relationship has its ups and downs. We’d probably fight a while and then we would be cool again.

“Honestly I know that at that particular age, there were so many things that could have gone wrong, but for the most part of our marriage a lot of things went right and we were just cool, we were easy.

“He’s very down to earth, very cool. We flowed mehn, we flowed.”

The post “We Were So Carefree And Happy” – Don Jazzy’s Ex-Wife On Their Marriage appeared first on Information Nigeria.

Previous article 2023: Not Everyone Can Be President – Tinubu
Next article Kate Henshaw Celebrates As Netflix’s ‘Blood Sisters’ Becomes Top 10 Rated In Over 30 Countries