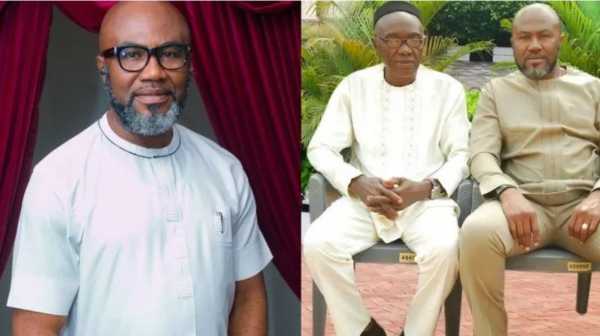 Veteran Nigerian actor and TV personality, Uche Odoputa has been saddened as his father and his friends have not yet been found 3 weeks after he was kidnapped.

A few days ago, the actor revealed that his father and a friend of his had been abductor by some unknown men with no information whatsoever about his whereabouts.

In a recent video shared on his Instagram account, Uche Odupata explained that he has not received any information from the kidnappers and has not heard from his father 3 weeks after his abduction.

“Friends, today is the third Friday my father was abducted alongside his friend, Raphael Ojukwu…We’ve still not found him, we’ve still not have spoken to him, he’s still not being released. Please let’s continue praying until something happens. Join me in praying for my father’s safe return and safe release from the hands of his abductors. Thank you and God bless you, have a good weekend”.