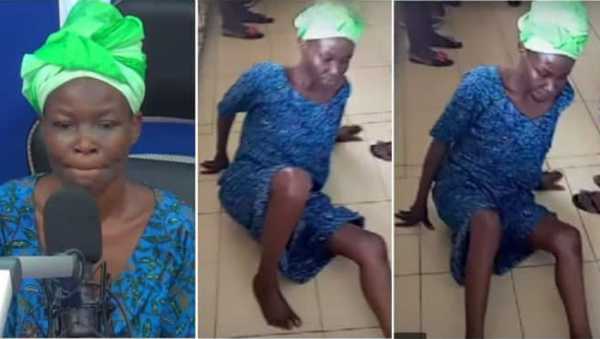 Abrafi, a Ghanaian lady, claims that she became disabled after her lover’s spouse cursed her.

The lady disclosed this in an interview with Oyerepa FM, where she bemoaned her current difficult condition.

When her partner lured her, Abrafi from Kumasi claims she was unaware that he was already married to someone else. She revealed that she found out her partner has a wife after two months of dating.

The sad woman claimed that the man’s wife cursed her with the river god deity ‘Antoa Nyamaa,’ and that she ensure that shr cursed her back. 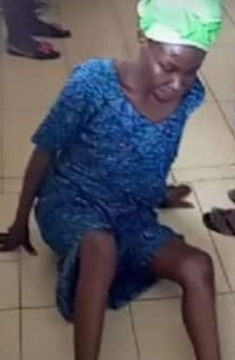 She disclosed that they both reversed the curses they had placed on themselves, but that the other woman afterwards came to her house and stole her undergarments from the line on which she had hanged them.

Following that occurrence, Abrafi began to experience leg aches, which eventually rendered her physically crippled and unable to walk.

The post Woman Becomes Physically Disabled After Reportedly Being Cursed By Her Boyfriend’s Wife (Video) appeared first on Information Nigeria.